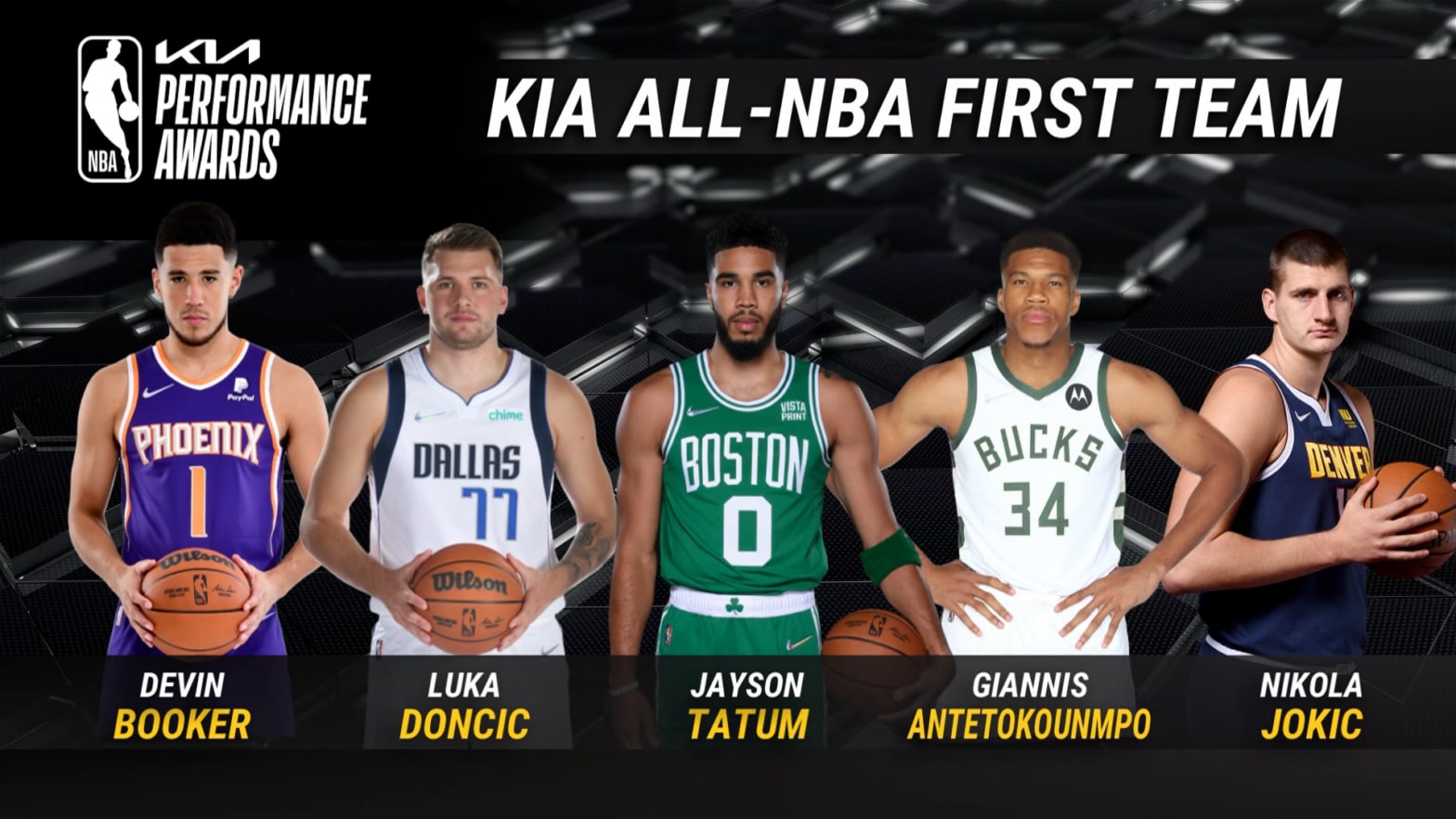 The Kia All-NBA First Team is made up entirely of players age 27 or younger for the first time since the 1954-55 season.

With the selection of Antetokounmpo (27 years old), Dončić (23), Jokić (27), Booker (25) and Tatum (24), the Kia All-NBA First Team is made up entirely of players age 27 or younger for the first time in 67 years (1954-55 season). Dončić is the fourth player in NBA history to be named to the All-NBA First Team three or more times before turning 24, joining Tim Duncan, Kevin Durant and Max Zaslofsky.

The recipients will each receive a signature Victor Soloman crystal basketball in celebration of the honor.

Embiid, the 2021-22 NBA scoring champion, has been named to the All-NBA Second Team for the fourth time in the last five seasons. Morant, the 2021-22 Kia NBA Most Improved Player, is an All-NBA Team honoree for the first time. This is the 10th All-NBA Team selection for Durant, the eighth for Curry and the third for DeRozan.

This is the second All-NBA Team honor for both Towns and Siakam and the first for Young. James has extended his NBA record for most All-NBA Team selections to 18. Paul has been voted to the All-NBA Team for the 11th time, the second-most selections among active players behind James.

The complete voting results for the 2021-22 Kia All-NBA Team are posted here† The “Total Points” category represents voting points that players received at any position, not just the position at which they are listed. The balloting was tabulated by the independent accounting firm Ernst & Young LLP. Complete ballots for each voter will be posted at PR.NBA.com after the announcement of all end-of-season awards. 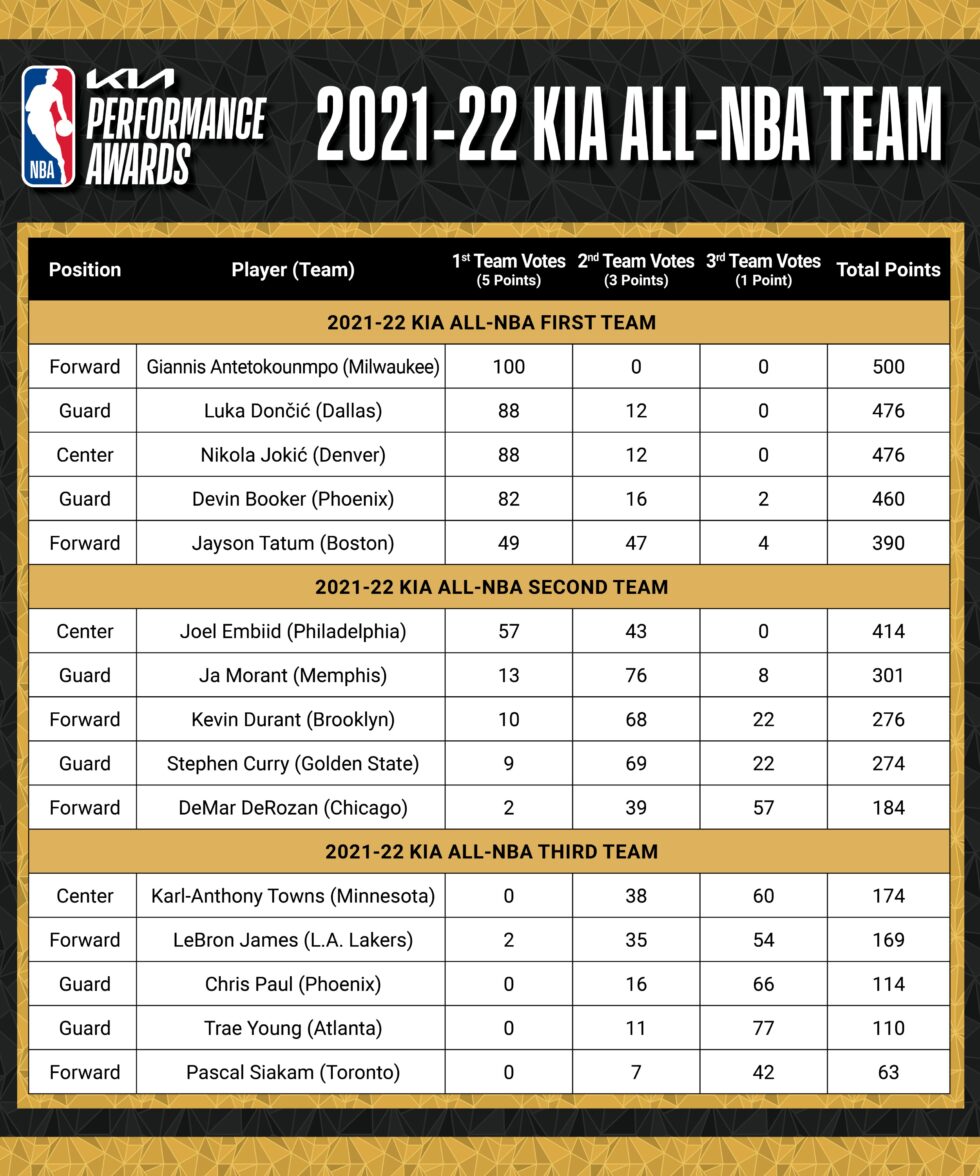