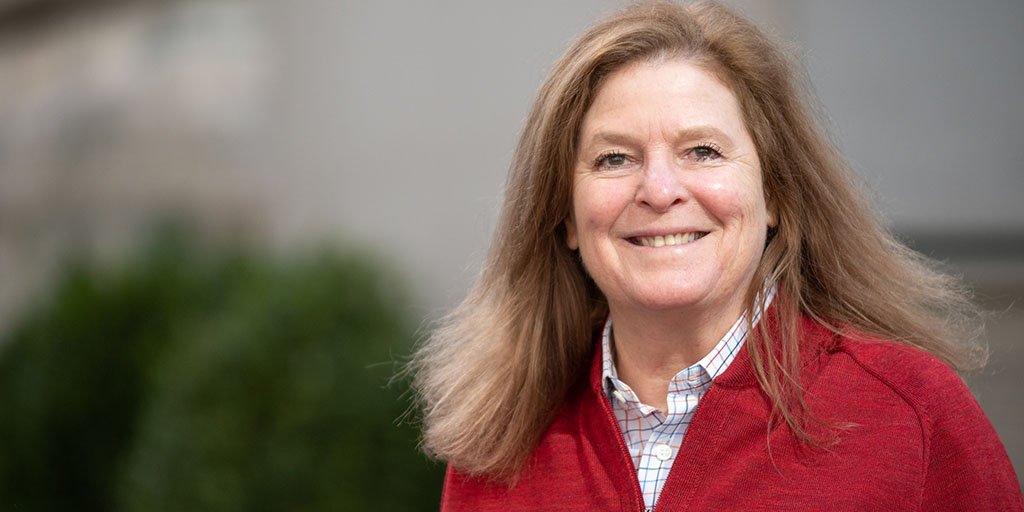 By now, the alarms about climate change seem to be sounding nearly every week. The most recent report from the Intergovernmental Panel on Climate Change, a body of experts convened by the United Nations, warns that unless nations reduce carbon emissions by roughly 43% by 2030, slowing global warming to the point that averts catastrophe may be an unattainable goal .1

To meet that number, governments and industries worldwide need to collectively take drastic steps. But the path forward also calls for more disruptive solutions to a host of sustainability-related issues. It’s something several alums of our Multicultural Innovation LabMorgan Stanley’s in-house accelerator for start-ups with women and/or multicultural founders, are working hard to deliver, along with benefits to underserved communities.

SaLisa Berrien is the founder and CEO of COI Energywhich offers an integrated artificial intelligence platform for businesses to eliminate energy waste, save on energy costs and protect the environment. Lauren Flanagan is the co-founder and CEO of Sesame Solar, a manufacturer of mobile, turnkey solar and green hydrogen nanogrids that one person can set up in less than fifteen minutes. And Garry Cooper is the co-founder and CEO of healplya resource exchange platform helping industry-leading organizations better visualize, quantify and utilize their materials and resources, leading to more sustainability.

For Flanagan, the evidence that climate change can cause catastrophic consequences came in the powerful example of Hurricane Katrina. “I grew up thinking our government would take care of us during emergencies,” she says. “I was shocked at how woefully unprepared we were for that disaster.” As she explains, “The need for renewable energy is obvious, but currently solar and green hydrogen are time-consuming and complex to deploy.” That’s a problem, particularly in the aftermath of disasters like Hurricane Katrina and for the nearly 1 billion people with little or no access to electricity. Flanagan co-founded Sesame Solar to try to change that. “We wanted to make renewable energy solutions mobile, rapidly deployable and easy to use,” she says.

In 2018, Sesame Solar provided the Ministry of Public Health in Dominica with solar-powered nanogrids after much of the island was destroyed by Hurricane Maria, and it is currently building solar- and green hydrogen-powered medical and security nanogrids for the US Air Force .

Berrien worked for a series of utility companies straight out of college. Eventually, she realized there was an opportunity to help them avoid blackouts during high-peak usage by incentivizing businesses to become more energy efficient with tax credits earned by gifting their excess energy to marginalized communities. Eliminating energy waste in buildings helps balance the electric grid, reduce carbon emissions and eradicate energy poverty in those communities. The model works a bit like a ride-share business, says Berrien: “If your car is sitting in your driveway and you aren’t using it, you have the opportunity to lend it to someone else who needs it at that time. That’s essentially what my customers are doing but with power.”

After launching the business in 2016, she’s grown it to encompass states as far south as Florida and as far west as Indiana. Incentivizing businesses to keep energy consumption low isn’t just a win-win for them and for utility companies, it’s good for the environment and for the communities that reap the benefits of low-cost energy options.

Cooper launched Rheaply in 2015. Though the company isn’t directly involved in energy production and reduction, it’s having a positive impact on the environment. The company’s origins can be traced back to a research lab at Northwestern University, where Cooper, who was pursuing a PhD in neuroscience, noticed it was commonplace to toss out lab equipment that was still usable. He started an intramural sharing program and soon discovered that his system could be adapted for nearly any business, from Fortune 500 companies to federal agencies to other universities—and that there’s a market for unused assets of all kinds that the Federal Reserve estimates to be about $630B2† “There is an economy of the things we don’t use and that’s called the circular economy,” says Cooper. “What we’re trying to build at Rheaply is technology to map who has what and to scale that economy. Globally, it’s a four-and-a-half-trillion-dollar opportunity.3†

As he points out, it’s also a crucial endeavor in the effort to fight climate change while helping redistribute assets to communities in need. “Even if we all moved to renewable sources of energy, we would only affect about 55% of climate-related impacts. The other 45% has to come from scaling a circular economy, because no matter how much you green the grid and all these things, we still consume too much.”

Supporting and investing in companies like Rheaply is nothing new for Morgan Stanley. In 2009, we formed our Global Sustainable Finance Group to work across our businesses and incorporate sustainability into everything we do. In 2013, we took the step of launching the Morgan Stanley Institute for Sustainable Investing, which helps mobilize capital to sustainable enterprises via global markets and the investors who drive them. And in 2020, we launched the Sustainable Solutions Collaborativeto help scale early-stage sustainability initiatives that can benefit from partnerships across public and private industries.

One of the Institute’s annual capacity-building initiatives is the Kellogg-Morgan Stanley Sustainable Investing Challenge, which each year identifies a pipeline of emerging leaders from around the world who see the markets as an important tool in addressing global challenges. this year’s winning idea came from graduate students at the University of Cambridge’s Judge Business School. They proposed Coast Haven Brokerage, which would facilitate a new type of parametric insurance to help protect and restore mangrove forests affected by climate change by connecting beneficiaries of mangroves’ ecosystems with insurers, investors interested in funding environmental impact and project developers and restoration experts.

Like the sustainability-focused companies that went through our Multicultural Innovation Lab, companies such as this one will continue to find support from Morgan Stanley as they tackle the biggest issue of our time in ways that are both impactful and make sound business sense. As Flanagan puts it “there is no turning back.” What’s more, we share in these companies’ commitment to benefit underserved communities as well as the planet. Says Berrien, “I’m super proud to know that the work we are doing is making a difference, especially for those that are most negatively impacted by climate change.”

2 “Towards the Circular Economy: Vol 1: An Economic and Business Rationale for an Accelerated Transition,” Ellen MacArthur Foundation, December 9, 2015.

3 “The Circularity Transition: Leaving No One Behind,” United Nations Environment Programme, February 24, 2021.

Morgan Stanley is a global financial services firm and a market leader in investment banking, securities, investment management and wealth management services. With more than 1,200 offices in 42 countries, the people of Morgan Stanley are dedicated to providing our clients the finest thinking, products and services to help them achieve even the most challenging goals. Through its Global Sustainable Finance Group, Morgan Stanley seeks to support community development initiatives with debt, equity, and philanthropy.