Arsenal‘s priority in this transfer window is no secret: they want a new center-forward.

But additions to the squad will not end there. In light of the club’s return to European football, Arsenal are aware they need to strengthen in other departments: they also intend to add a No 8 to augment their midfield and are interested in signing a left-sided centre-half to support Gabriel.

Last summer, Arsenal were the Premier League‘s highest spenders in transfer fees, bringing in six players for a reported £140 million. This summer, the strategy is different: Arsenal hope to add a smaller number of players, but lift the quality of the squad substantially.

The failure to qualify for the Champions League is a setback, certainly in budgetary terms. Arsenal believe, however, that they will still be able to land their key targets. They feel that the project, the city, and a persuasive manager still make them a compelling proposition for potential signings.

Some of the main targets are well-known. Arsenal are still optimistic that their interest in Gabriel Jesus will bear fruit. Discussions between Arsenal’s technical director Edu and Jesus’ representatives are believed to have been taking place for months, and with just one year remaining on his contract, Arsenal will surely interpret City’s demands as a negotiating position.

Jesus is Arsenal’s No 1 target — he is seen as the perfect fit for their Arsenal attack. He has the intelligent movement that manager Mikel Arteta is looking for, while his versatility also offers flexibility. Crucially, he also works incredibly hard off the ball. Pep Guardiola and Brazil manager Tite have both called Jesus the best pressing forward in the world.

If a deal is to be struck, Edu will be key to any negotiations. Arsenal’s technical director and Jesus go some way back: he was the general coordinator of the Brazil national team when Jesus received his first cap in September 2016. It is helpful too that Arteta worked alongside Jesus at the Etihad. Several other clubs are interested in signing Jesus, which could push Arsenal to act sooner rather than later.

Reports suggest City could demand as much as £50 million for Jesus — a steep price for a player whose contract expires in 2023. Arsenal will hope that position is merely the start of a negotiation. The club acknowledges, however, that the centre-forward market is not one synonymous with great value. They accept they will have to pay a premium price to land a goalscorer, whoever they go for — and are prepared to do so.

There are other names in contention. Dominic Calvert-Lewin and Alexander Isak were both discussed in January. Isak’s high release clause, and Sociedad’s seeming unwillingness to negotiate, may rule him out the picture. Calvert-Lewin is still admired by Arsenal staff, but there are concerns after a difficult season due to injury and poor form. 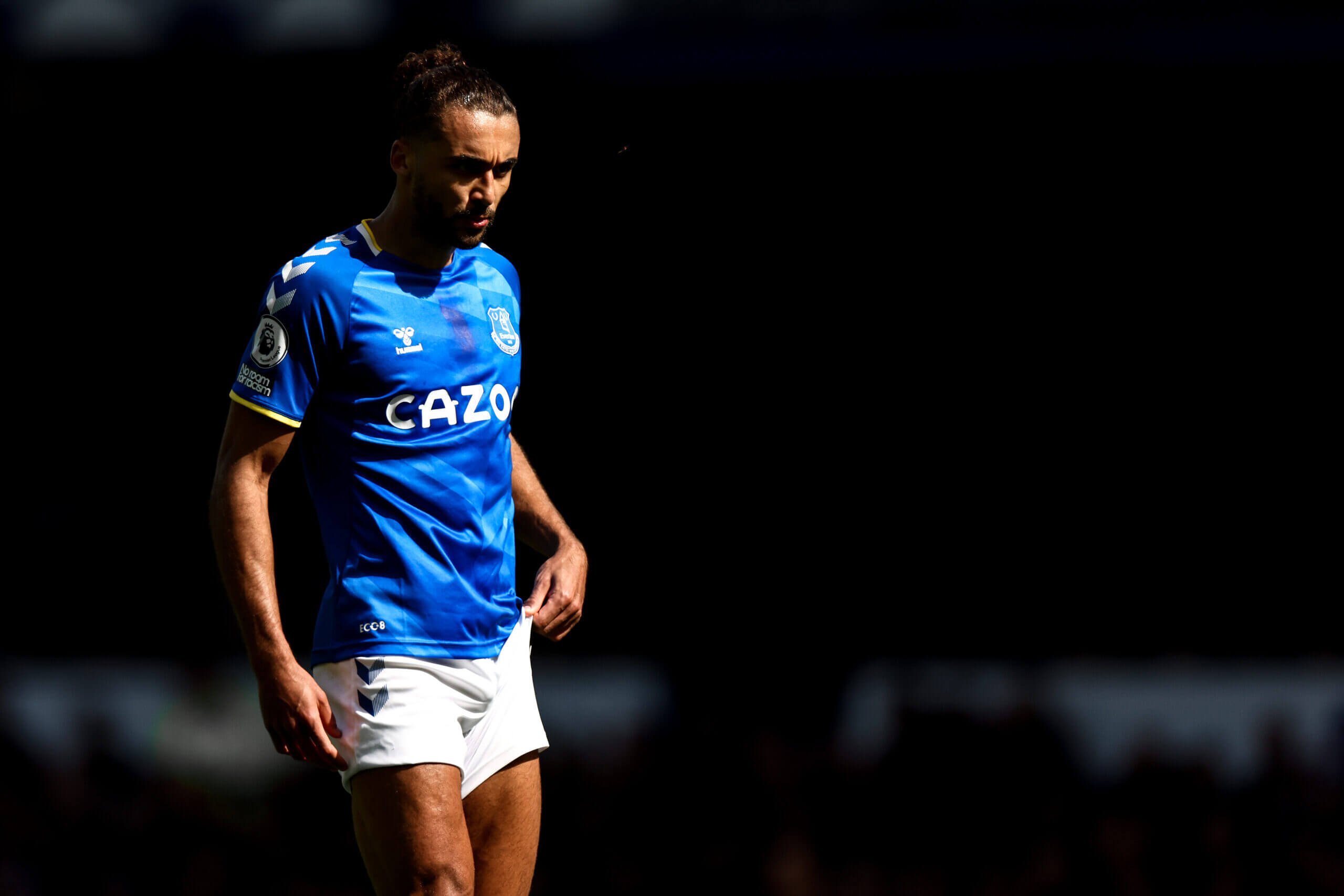 Calvert-Lewin was not at his best for Everton this season (Photo: Robbie Jay Barratt – AMA/Getty Images)

Arsenal’s list of targets includes several strikers in Serie A† They held an interest in Tammy Abraham last summer, and would likely have pursued him more aggressively had they found a willing buyer for Alexandre Lacazette† Instead, the former Chelsea forward went to Roma, where he has enjoyed a fantastic debut season. Arsenal are still following him closely, and the player would be open to a return to London, but Roma have no interest in selling.

Inter Milan’s Lautaro Martinez was the subject of interest from Arsenal and Tottenham before signing a new contract in October 2021, and Arteta and Edu remain firm admirers of the Argentinian. His new deal would make him expensive, however, and he prefers to play in a front two.

Napoli striker Victor Osimhen, 23, is another player Arsenal have followed closely. Given that Napoli signed him for a fee of up to €80 million, he is another that would command a premium price tag. There is also an acceptance that negotiating with Napoli president Aurelio De Laurentiis could be challenging.

Sassuolo’s Gianluca Scamacca is also of interest to Arsenal. The 23-year-old Italy international scored 16 Serie A goals this season and is being followed by some big European clubs. Inter and AC Milan are tracking Scamacca closely, and there is a sense he may decide to stay in Serie A.

Whether or not Arsenal will sign a second striker is likely to hinge on the future of Eddie Nketiah† The 22-year-old is just weeks away from the expiry of his contract, but fresh terms remain on the table — and Arsenal are a little more hopeful that, after a run of starts, he may be persuaded to sign it. If Arsenal were to sign a second striker, it may be a player earlier in their development. The club are strong admirers of 19-year-old Czech forward Adam Hlozek, but he is believed to be the subject of strong interest from Bayer Leverkusenwho may steal a march on Arsenal as the London club wait for more clarity in their striker situation.

Arsenal had also been looking at the possibility of a wide forward, with PSV winger Cody Gakpo among the options that have been discussed. The club have moved quickly to sign 19-year-old Brazilian Marquinhos from Sao Paulo. The youngster has already flown into London to undergo medical tests and sign the necessary paperwork. His short-term future is yet to be decided: he may go out on loan, or could yet be asked to fight for a place in Arsenal’s first-team squad. Either way, further arrivals in this area would most likely be contingent on a departure, with Nicolas Pepe the obvious candidate to be sold. 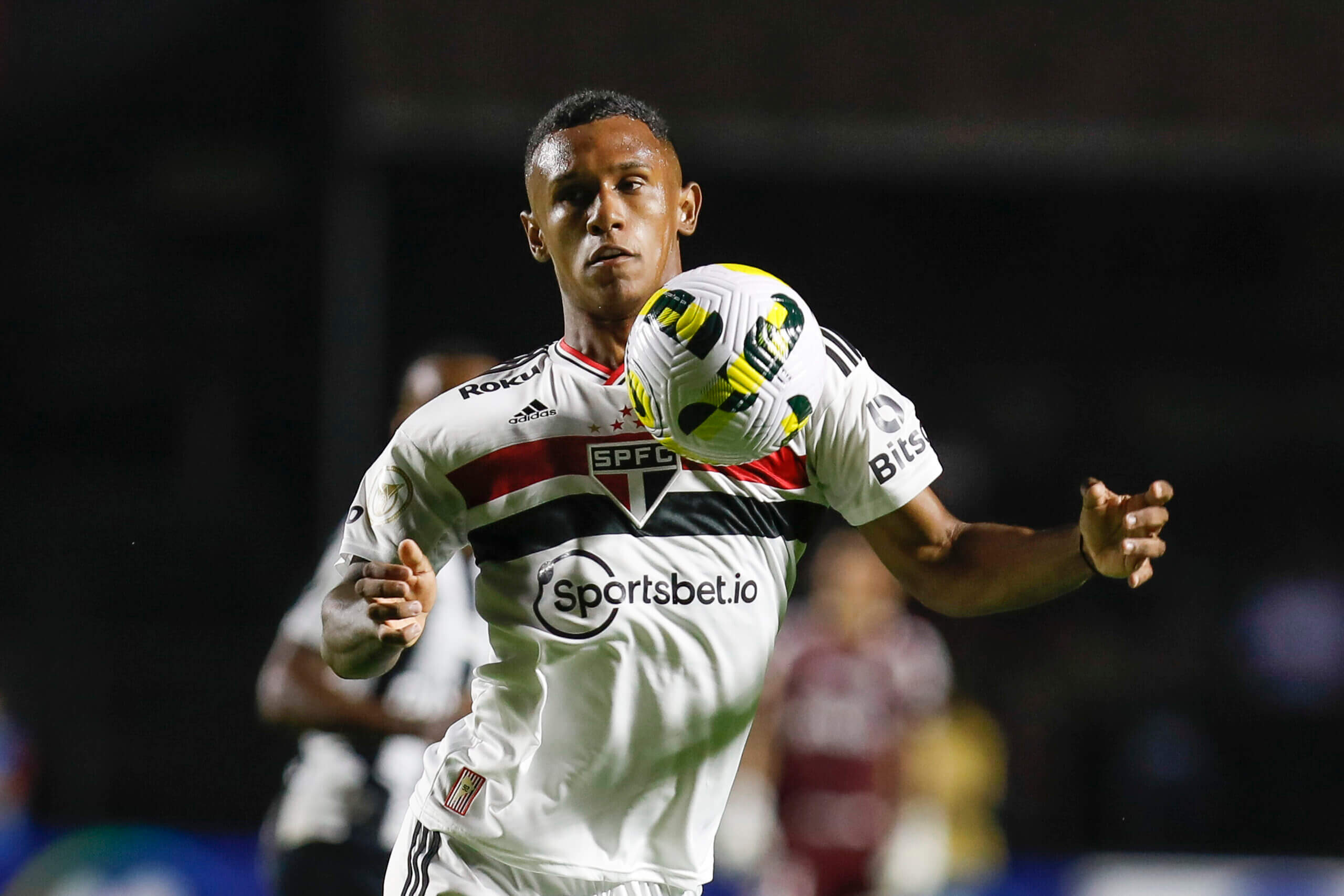 There has been a suggestion Arsenal want to recruit homegrown players. While that was true last summer, the homegrown quota is now in a healthy position, and Arsenal are under no pressure to buy British. Their experiences of the 2021 window, particularly the smooth adaptations of Ben White, Aaron Ramsdale and Martin Odegaardhas convinced them there is value in recruiting players with Premier League experience — it’s what makes players such as Jesus, Calvert-Lewin and Abraham so intriguing.

The same is true in midfield, where Leicester City‘s Youri Tielemans ranks high among Arsenal’s targets. Like Jesus, he has just a year left on his contract. Arsenal hope these situations can be exploited to their benefit, and would ideally like to pay in the region of £25 million.

Preliminary talks have taken place between Edu and the player’s representatives, and although multiple clubs are interested in the Belgium international, Arsenal hope he can be persuaded to swap the Midlands for London. Ruben Neves is another Premier League midfielder Arsenal admire, but they are conscious that after a stellar season his price tag may have almost doubled since last summer.

Arsenal’s fans were scouring the media for news of a new striker in January but the club were also simultaneously pursuing a centre-back. Arteta wanted to add left-sided Germany international Nico Schlotterbeck to replace Pablo Mari, who joined Udinese on loan. Arsenal were advised Schlotterbeck’s preference was to remain in Germany and a few weeks ago, it was revealed he had signed for Borussia Dortmund†

Arsenal will still be in the market for a left-sided central defender, should an appropriate opportunity arise. It will be interesting to see if William Saliba joins Arsenal’s stable of defenders next season: as of yet, no clear plans have been communicated to the Frenchman or his representatives.

Adding new full-backs is a possibility, but again, this could be dependent on players leaving the club. At left back, Arsenal admire Bologna’s Aaron Hickey but as of yet, there has been no formal bid. On the opposite flank, the club still have Cedric under contract for a further two years, and are pleased with the job he has done as Takehiro Tomiyasu‘s understudy.

Arsenal will hope to make additions in good time for the start of the season. Without an international tournament, there are fewer obstacles. Moving quickly could be vital if they are to avoid the difficult opening they experienced in 2021-22.