By Jack Newman For Mailonline

This is the shocking moment a United Airlines worker hits a passenger at the check-in desk before he is punched to the ground in a vicious brawl, leaving his face covered in blood.

Footage shared online shows the employee and the holidaymaker trading punches in the ugly fight in front of horrified tourists at Newark Airport.

The man in the black sweatshirt had approached the check-in desk pushing his luggage in a wheelchair. 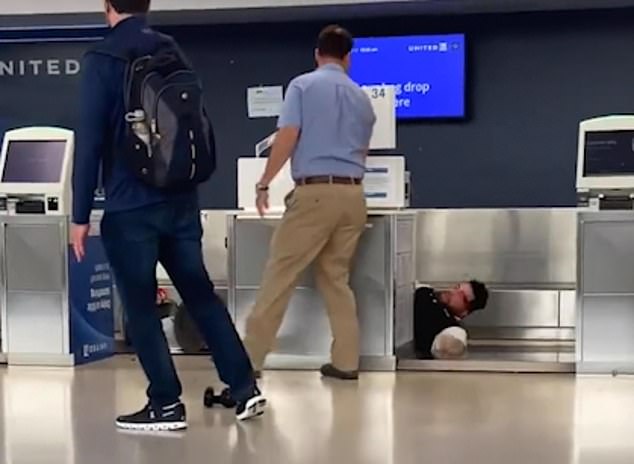 The uniformed United employee then confronted him about his use of the wheelchair, which quickly descended into a physical fight.

Footage being shared does not show the start of the altercation but it does show the employee striking the passenger in the face.

After he was hit, the passenger appealed to others watching on, saying: ‘You saw that s***?’

He then retaliated by landing several heavy punches on the United worker, sending him tumbling to the ground. 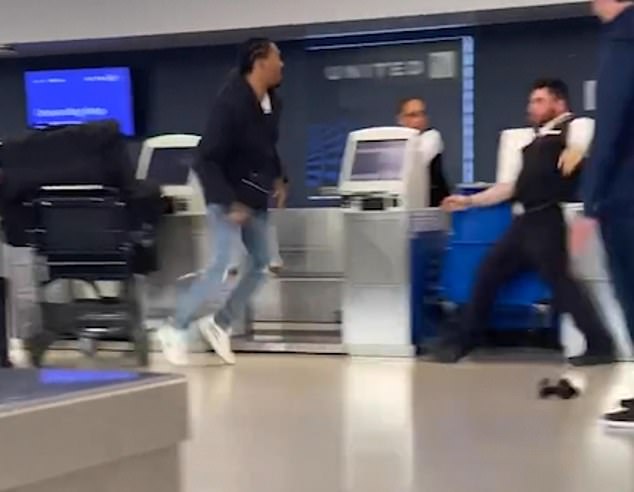 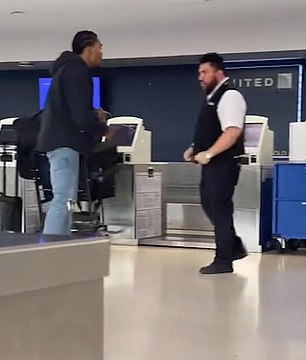 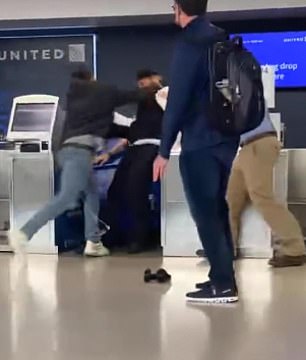 Two further punches cause the employee to crash back on to the luggage conveyor belt.

He struggles to his feet with blood pouring down the side of his face and again confronts the passenger with his fists aimed to throw a punch.

Others are pleading with them to stop fighting but instead, the passenger says: ‘Oh you want some more?’

He then shouts to the others watching on: ‘He works at the airport and he assaulted me.’

United said in a statement to DailyMail.com: ‘United Airlines does not tolerate violence of any kind at our airports or on board our planes and we are working with local authorities to further investigate this matter.’

It is understood police escorted the passenger away from the airport after the bust-up.