The Voyager 1 spacecraft is sending back some funky data from interstellar space that’s leaving NASA engineers scratching their heads.

Readouts on the orientation of the 1970s-era space probe now appear to be randomly generated or don’t reflect any possible scenario the spacecraft could be in, NASA Jet Propulsion Laboratory officials said this week.

The problematic data are coming from the so-called “attitude articulation and control system,” or AACS, the onboard equipment that measures, reports, and changes the position of the vehicle in space. The system keeps an antenna pointed at Earth, which allows it to send data home.

The new bizarre situation calls into question the future for the long-duration mission† Given that Voyager 1 continues to return data from its science instruments, all signs suggest the controls are still working, though the data doesn’t make sense, the US space agency said. It otherwise seems to be functioning normally.

“A mystery like this is sort of par for the course at this stage of the Voyager mission,” said Suzanne Dodd, project manager for Voyager 1 and 2 in a NASA statement released Wednesday.

“A mystery like this is sort of par for the course at this stage of the Voyager mission.”

Both Voyager 1 and 2 are almost 45 years old, which is far beyond their original life expectancy† Interstellar space is a high-radiation environment that no spacecraft has ever flown in before, she said, so surprises are almost expected to arise.

Voyager 1 is 14.5 billion miles from Earth. That means light takes 20 hours and 33 minutes to travel that distance. In other words, the lag between getting a message to Voyager and receiving a response is about two days.

“There are some big challenges for the engineering team,” Dodd said. “But I think if there’s a way to solve this issue with the [telemetry]our team will find it.” 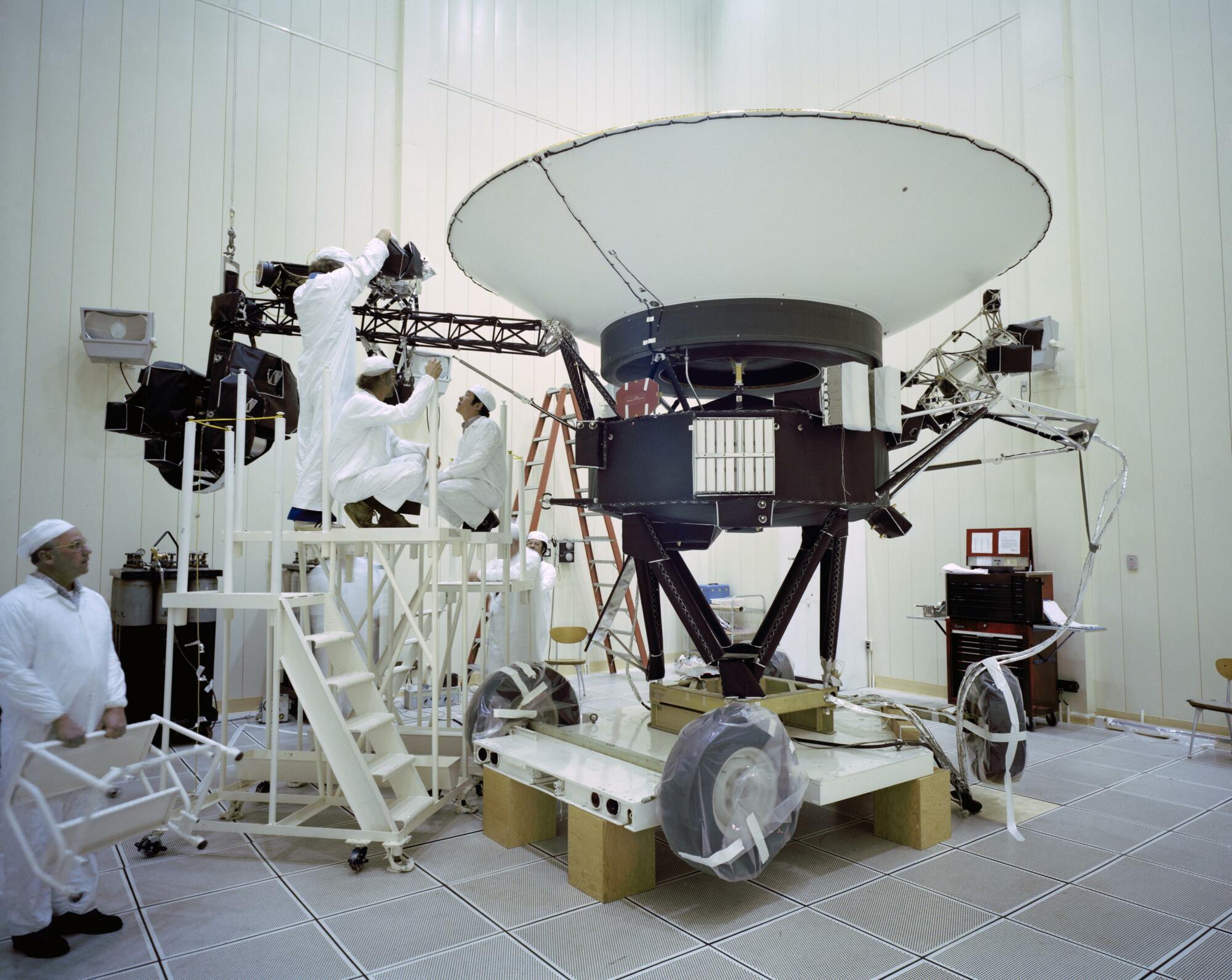 Voyager 1 has been exploring the solar system since 1977, along with its counterpart, Voyager 2.
Credit: NASA/JPL-Caltech

Voyager 1 has been exploring the solar system since 1977, along with its counterpart, Voyager 2. They were originally intended to study Jupiter and Saturn, their moons, and Saturn’s rings. For the two-planet mission, they were built to last just five years.

With their initial success, engineers doubled the missions’ objectives to include two more giant planets, Uranus and Neptune. Between the two, the spacecraft have explored four planets, 48 ​​moons, and a host of planetary magnetic fields and rings.

The spacecraft generate about 4 fewer watts of power annually, limiting the number of systems they can operate. The mission team has turned off equipment to reserve power. No science instruments have been powered down yet. The goal is to keep the Voyagers running beyond 2025, according to NASA.