Mercedes-AMG is preparing to say goodbye to the internal combustion engine once and for all, and what will arrive in its place is nothing if not striking.

The German luxury marque used its Capital Markets Day investors summit at the Maybourne Riviera hotel above Monte Carlo to debut something big on Thursday evening—the brand-new Vision AMG. The sleek conceptwhich Formula 1 racers Lewis Hamilton and George Russell helped, offers a glimpse of what can be expected from the automaker’s high-performance sub-brand unveil as it transitions away from gas engines completely later this decade.

Further enforcing the Mercedes-Benz‘s commitment to electrification, the Vision AMG four-door concept was developed to introduce the all-new AMG.EA electric platform that will drive future performance models from the Affalterbach team. Complementing the nascent power-train configuration are styling cues made workable by the absence of an internal-combustion engine. 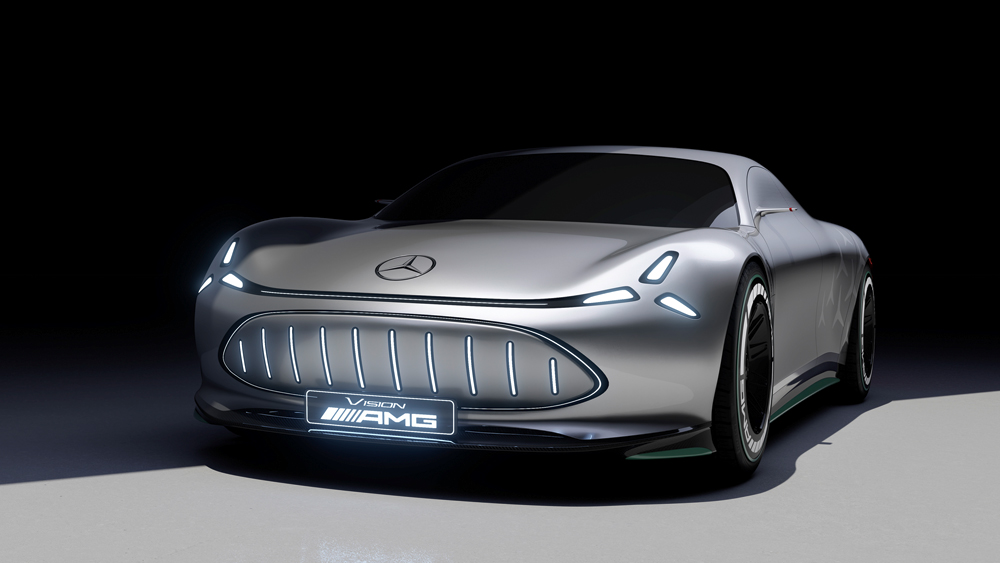 “It began as a blank sheet of paper; we started that architecture from scratch and it’s very important architecture because that’s AMG’s electric future,” says Gorden Wagener, Mercedes-Benz’s chief design officer. “For us as designers, proportion is everything. The problem with most electric cars is that you have six inches of battery, which makes the car higher and the center of gravity further up. This was a great opportunity for really different proportions.”

The motorsport-inspired Vision AMG is defined by its low-slung profile, long wheelbase and roof that tapers to an elongated, fastback rear, similar to that of the marque’s Vision EQXX conceptwhich recently covered more than 620 miles on a single charge.

“The rear of the EQXX is optimized for efficiency, while the rear [on the Vision AMG] is optimized for both efficiency and performance,” Wagener says, adding that he was inspired by the Le Mans race cars from the 1970s. “As it’s an electric car, we put the hood super low, and that means we can do exposed fenders. I’ve always loved those, but with a combustion engine it was always difficult to do that because the hood is already high; to expose the fenders you would have to make it even higher. These are going to now be a signature for not only AMG but future electric Mercedes models in general.” 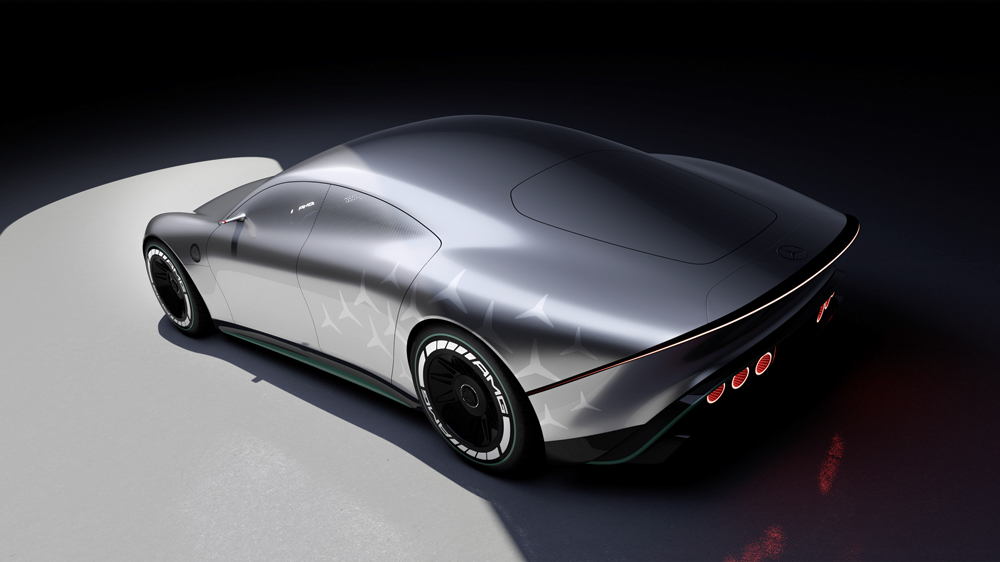 The motorsport-inspired Vision AMG is defined by its low-slung profile, long wheelbase and roof that tapers to an elongated, fastback-like rear.

Other aesthetic standouts include six glowing faux tailpipes and the latest reimagining of the automaker’s hallmark Panamericana grille, a design element introduced in 1952 on the automotive entrants in that year’s eponymous endurance competition in Mexico. This iteration, however, features luminous vertical bars set against a solid fascia.

“In the digital age, we’ve brought that [Panamericana Grille] to a car that doesn’t need a radiator anymore,” Wagener says. “We’ve kept it flush, integrated in body color and almost just as a light signature.” Part of that new signature incorporates minimalist headlamps shaped in the form of the three-pointed-star logo. According to Wagener, “the whole front end makes it look more like a tech device than a supercar.”

Yet a supercar it is. For this particular concept, the AMG.EA platform is touted to comprise a bleeding-edge high-voltage battery setup paired with an equally advanced axial flux motor from Yasa, the EV-motor specialist under the Mercedes-Benz Group’s corporate umbrella. As far as output, Wagener will only hint that the Vision AMG is to have “insane horsepower.” To emphasize this point, the vehicle sits on the same F1 wheels used by the Mercedes-AMG Petronas team, which also inspired the livery. 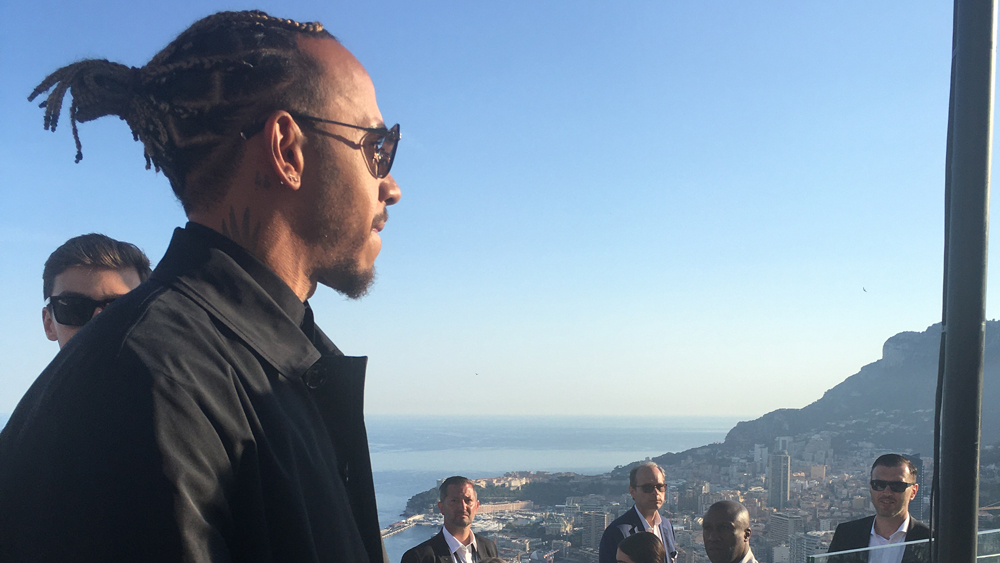 Lewis Hamilton (with George Russell behind) ready to join the Vision AMG on stage at the Maybourne Riviera hotel above Monte Carlo.

“I was really excited to see what this was going to be like,” said Russell at the premiere. “When do we get to drive it?” he asked, looking around the group of attendees. “Who do we need to ask?”

Some of the concept’s thunder may have been stolen about an hour later, though. That was when Mercedes revealed that a one-of-two 1955 300 SLR Uhlenhaut Coupé became the world’s most expensive car when it sold for $142.8 million on May 5. That car (and its sky-high price tag) are going to be hard for anyone to forget, but the Vision AMG was a sign that Mercedes’s future has the potential to be just as impressive as it fits.