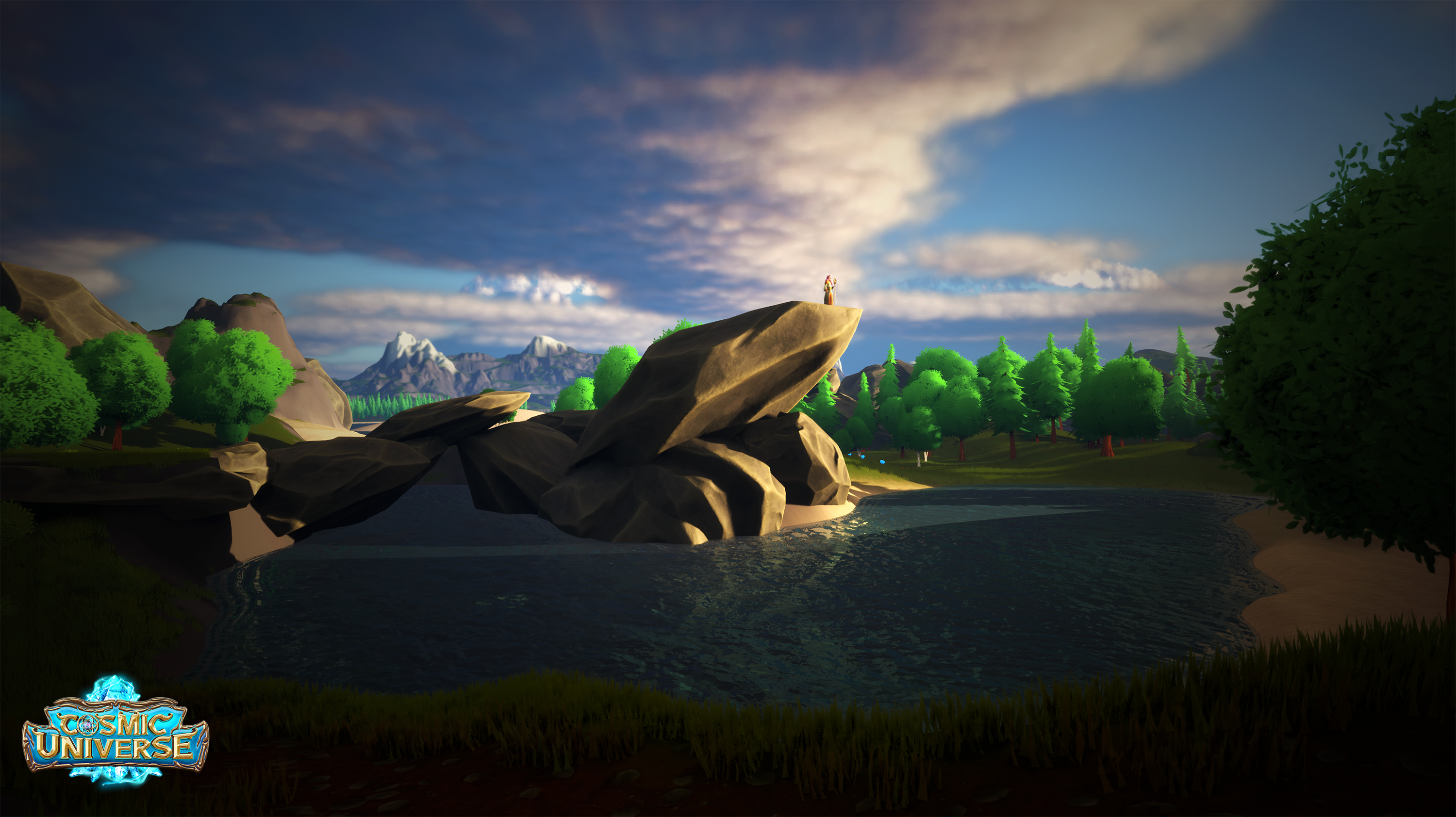 The gameplay trailer provides insights into the fantasy world of the upcoming game, where players explore an inviting and immersive stylized 3D open world, going on quests tied to in-game lore. The demo is just a short teaser reveal of just some of what the game will look like in its final form. Harvesting and building mechanics are slated to be revealed soon, according to the game’s team, as well as direct in-game integration with the Harmony blockchain.

Currently, the team developing the game has released a 10K NFT collection called Cosmic Wizards, which are playable 3D characters within the game itself, as well as 7,060 land plots on the first land map, Cosmic Island, providing tokenized ownership of in-game assets . Both NFT collections sold out quickly due to a passionate fanbase and community forming around the game since it first announced its ambitious plans for developing one of the only blockchain MMORPGs in existence. These NFTs, and others, can be utilized by players to increase both opportunities and rewards within the game.

The game has already released a preliminary version of Character Staking, which involves upgrading Wizard NFTs in two Professions out of a possible 12 up to a Skill Level of 20 out of a potential 200 once the full game is released. This NFT staking program is currently providing daily MAGIC rewards for players who have gone through the process of unlocking and upgrading their Wizards, via the game’s NFT marketplace† Cosmic Universe also has yield farms that release MAGIC to players who support the project by adding liquidity to its token’s liquidity pools.

The Cosmic Universe ecosystem is powered by the MAGIC and COSMIC tokens, launched on Harmony in 2021. The game is being designed as a fantasy open-world MMORPG and metaverse where players explore, harvest, build, quest, trade, and form social communities. Cosmic Universe is one of the first blockchain games to create an MMORPG that traditional gamers have grown accustomed to seeing and playing, except with the benefits that blockchain technology provides, such as tokenized ownership of in-game assets, being integrated into the game. All in-game assets, including characters, buildings, resources, land, and more will be tokenized and tradable on the game’s native marketplace.

Eventually, Cosmic Universe plans to expand the game to become multi-planetary, with exotic new races and environments being released as demand and the player base increases. Initially, there will be one planet, Crypton, named for the cryptocurrency space within which it exists, which contains seven islands, each being the home to a unique root race. Wizards, Elves, Apes, Dwarves, Felines, Trolls, and Yetis, all having their own 10K NFT collections of playable characters, will call the planet their home.

The project team has announced their roadmap leading up to the full release of the game in early 2023 includes the release of a pre-alpha, alpha, and beta prior to the full version of Cosmic Universe being available, as well as a 10K Elves NFT Collection slated for release in June 2022.

To learn more about Cosmic Universe, visit their website and join their Discord server.