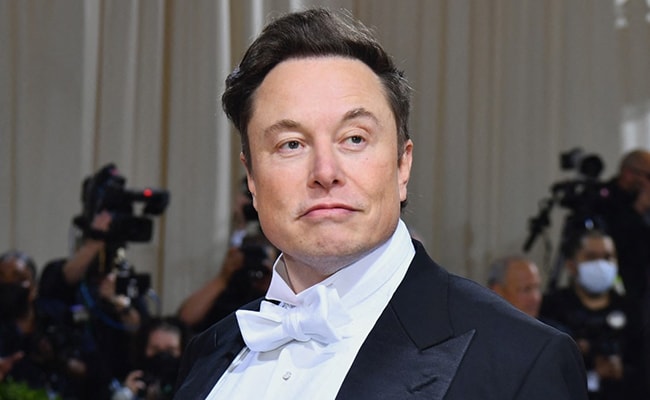 Elon Musk stoked speculation that he could seek to renegotiate his takeover of Twitter Inc., saying a viable deal at a lower price wouldn’t be “out of the question.”

Twitter shares fell 8.2 per cent at the close of trading in New York. The stock has been dropping on speculation that Musk could walk away from the $44 billion acquisition. That concern has grown in the past week as Musk has questioned Twitter’s publicly disclosed data on the percentage of spam and fake accounts on its social media service.

Musk pressed further on that front Monday at a Miami tech conference, estimating that fake users make up at least 20 per cent of all Twitter accounts. That was the low end of his estimate on the number of bots on the network, and he asked rhetorically if it could be as high as 90%, according to a livestreamed video of his remarks posted by a Twitter user.

“Currently what I’m being told is that there’s just no way to know the number of bots,” Musk said at the conference. “It’s like, as unknowable as the human soul.”

Twitter declined to comment. The San Francisco-based company reports quarterly that spam accounts make up less than 5 per cent of total users.

Musk, chief executive officer of Tesla Inc. and SpaceX, last week said his bid to buy Twitter was “temporarily on hold” pending details about how many spam and fake accounts are on the platform. Over the weekend, he tweeted that he planned to do his own analysis of Twitter’s user base by using a random sample of 100 user accounts. Shortly after, Musk claimed that Twitter’s legal team called to complain that he had violated their non-disclosure agreement by publicly sharing the company’s methodology.

Twitter CEO Parag Agrawal disputed that on Monday in a tweet thread that offered more details on the company’s approach to spam accounts. Agrawal said Twitter manually checks thousands of accounts every quarter to determine how many should be counted as spam, but added that the process could not be conducted externally because of user privacy concerns.

Agrawal said Twitter “shared an overview of the estimation process with Elon a week ago.” Musk replied to the CEO’s tweet thread by first asking why Twitter doesn’t just call users to verify their identity — and then by posting a poop emoji.

Musk spoke at a conference hosted by a podcast called “All-In” run by Chamath Palihapitiya, Jason Calacanis, David Sacks and David Friedberg. The $7,500-per-person event was sold out, and organizers said journalists were excluded from attending. Musk appeared at the Miami summit via video conference.

The 50-year-old billionaire began buying Twitter shares in January and disclosed a 9.2 per cent stake in the company on April 4. Twitter’s board accepted Musk’s $44 billion bid to buy the company and take it private on April 25, but the deal is months away from closing, and Twitter’s shares are trading far below the offer price.

The spread between Musk’s $54.20-a-share bid and Twitter’s share price continues to widen, wiping out all the gains the stock had made since Elon Musk disclosed his stake in the social media platform.