It was won on moments rather than flow, and those moments were about discipline rather than collective or individual brilliance.

The main tactical question was whether Arsenal manager Mikel Arteta should have switched to 3-4-3 to match Tottenham’s shape — but with central defender Ben White not 100 per cent fit, that probably wasn’t viable.

But the game had wider significance. When we assess the current period of football in a decade or so, we will remember three major developments that changed the nature of the sport. One was a temporary change, one was a permanent one and one was a temporary one that will become permanent.

All three had relevance at Tottenham yesterday.

The temporary change was the bleak era of behind-closed-doors football. Last seasons Premier League was the only one in the history of the top four tiers of the English league pyramid (around 500 seasons in total) where there weren’t more home victories than away victories, and there’s a reason why home advantage has miraculously returned this season.

Home advantage in the Premier League

It is about the presence of fans, obviously, but much as we like to imagine that it’s our chants spurring on the lads and our jeering putting off the opposition, various studies — including some from other sports — indicate that home advantage is really all about influencing the officiating†

Without fans in grounds last season, away sides were awarded more free kicks than usual and picked up fewer bookings than average, too. We can’t be sure that this is solely because of a lack of refereeing “bias”, and not because, say, the away sides played better and the refereeing decisions reflected that.

And this was the ultimate fixture where the hosts might have got some favorable officiating decisions.

Home advantage in meetings between Arsenal and Spurs over the last decade, including matches played at the Emirates, White Hart Lane, Wembley and the Tottenham Hotspur Stadium, is the strongest in the Premier League. The last 22 league games between the two have produced 15 home wins, six draws and just one away victory.

That sole away win came at White Hart Lane in March 2014, when Tomas Rosicky smashed in the only goal after two minutes before Spurs dominated the rest of the game, “winning” 17-7 in terms of shots — with even Arsenal manager Arsene Wenger admitting afterwards they had played “very well”.

In other words, even the exception was hardly a walk in the park for the visiting side. 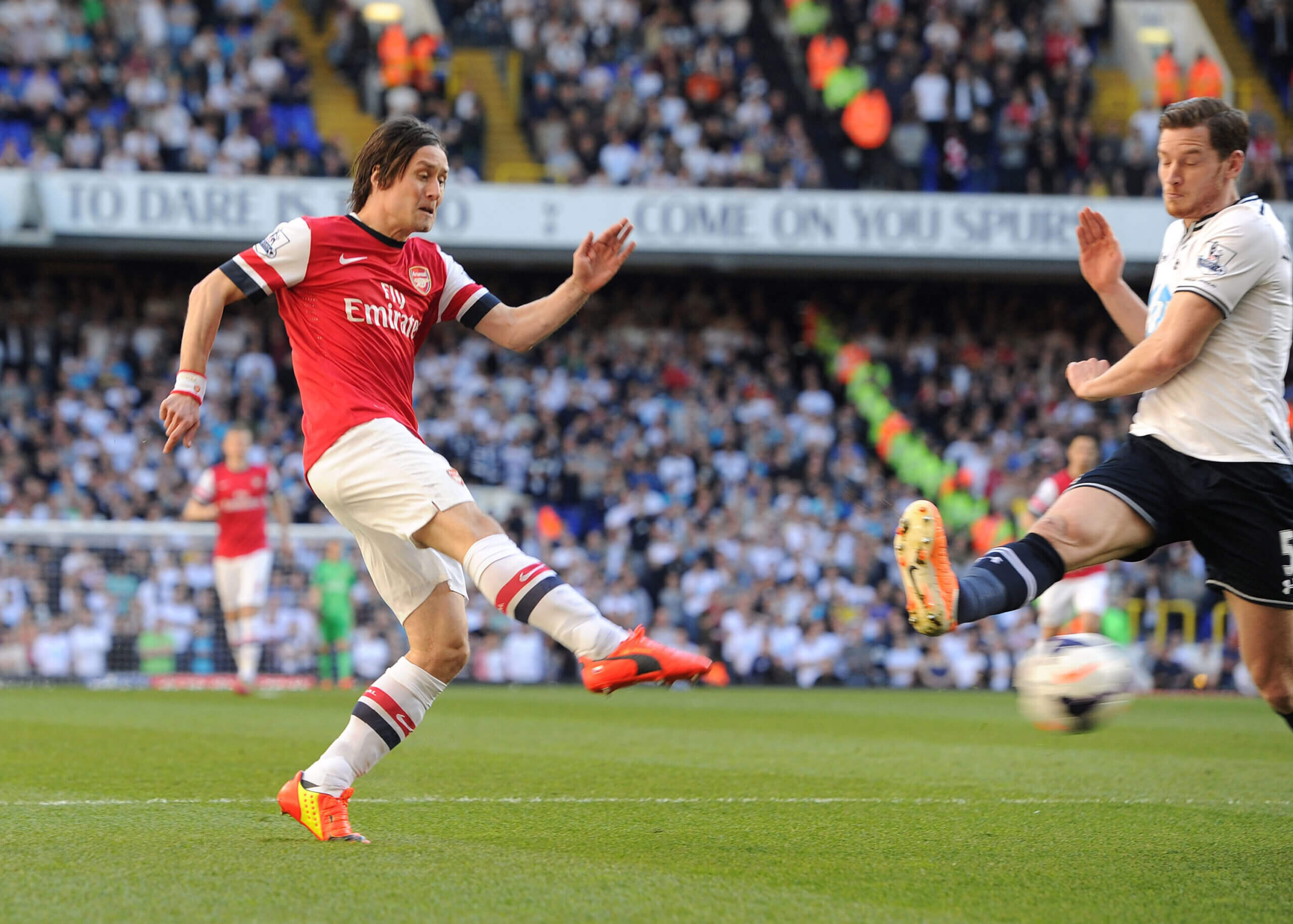 This balance makes some degree of sense considering Arsenal and Tottenham have been relatively well matched over the last decade, but if the form book goes out of the window on derby day, home advantage certainly doesn’t.

And while those of us who weren’t at the game last night will have to take the commentators’ word for it, it was notable that Martin Tyler on UK broadcaster Sky Sports referred to the “decibel level” and said it was the loudest atmosphere he’d experienced all season.

Maybe this helped convince referee Paul Tierney to award that early penalty against Cedric; maybe it was harsh — maybe Arteta was right to feel aggrieved† But if Tierney was swayed, it was not bias towards a specific club but bias towards the home team, as has always been the case in football.

And beyond the specifics of last night, we should all be absolutely chuffed about this.

Some of the rhetoric about fans being a team’s “12th man” can sometimes be overdone. But the point stands: supporters do make a difference; they do influence the game. Maybe they did in this case.

The second major change — the permanent change — is VAR.

And that game-changing penalty award last night was an example of where VAR still remains something of a mystery. Football has convinced itself that the best use of VAR is for it to check everything, but only overrule decisions that are obviously wrong. And big decisions are probably more subjective — and so less obviously wrong — in football than in any comparable sport that has introduced a video referee.

Cedric’s barge on Son wasn’t a ‘stonewall’ penalty, nor was it very obviously not a penalty. It was one of those decisions that could have gone either way. Just as VAR didn’t elect to overturn the on-field referee’s decision to award a penalty, VAR wouldn’t have told Tierney to run over and have a look at the screen if he’d missed the incident.

But it’s worth remembering that this is simply only one possibility for VAR, and we now take it for granted that VAR checks everything (in the penalty boxes, and to do with goals, and for incidents of serious foul play) and only intervenes if a decision is obviously wrong.

There were other possibilities. One was for some kind of ‘challenge’ system, which wouldn’t necessarily depend upon a decision being ‘obviously wrong’ and might just be on the balance of probability. In that world, if Arsenal had specifically challenged the penalty decision, and the VAR had decided that it was, let’s say, only about 40 per cent a penalty, the decision might have been changed.

Arsenal, of course, got themselves into further difficulty when Rob Holding earned himself a second booking of the first half by blocking off Son with his forearm. This was a less debatable decision and, more relevantly, seemed to be coming. 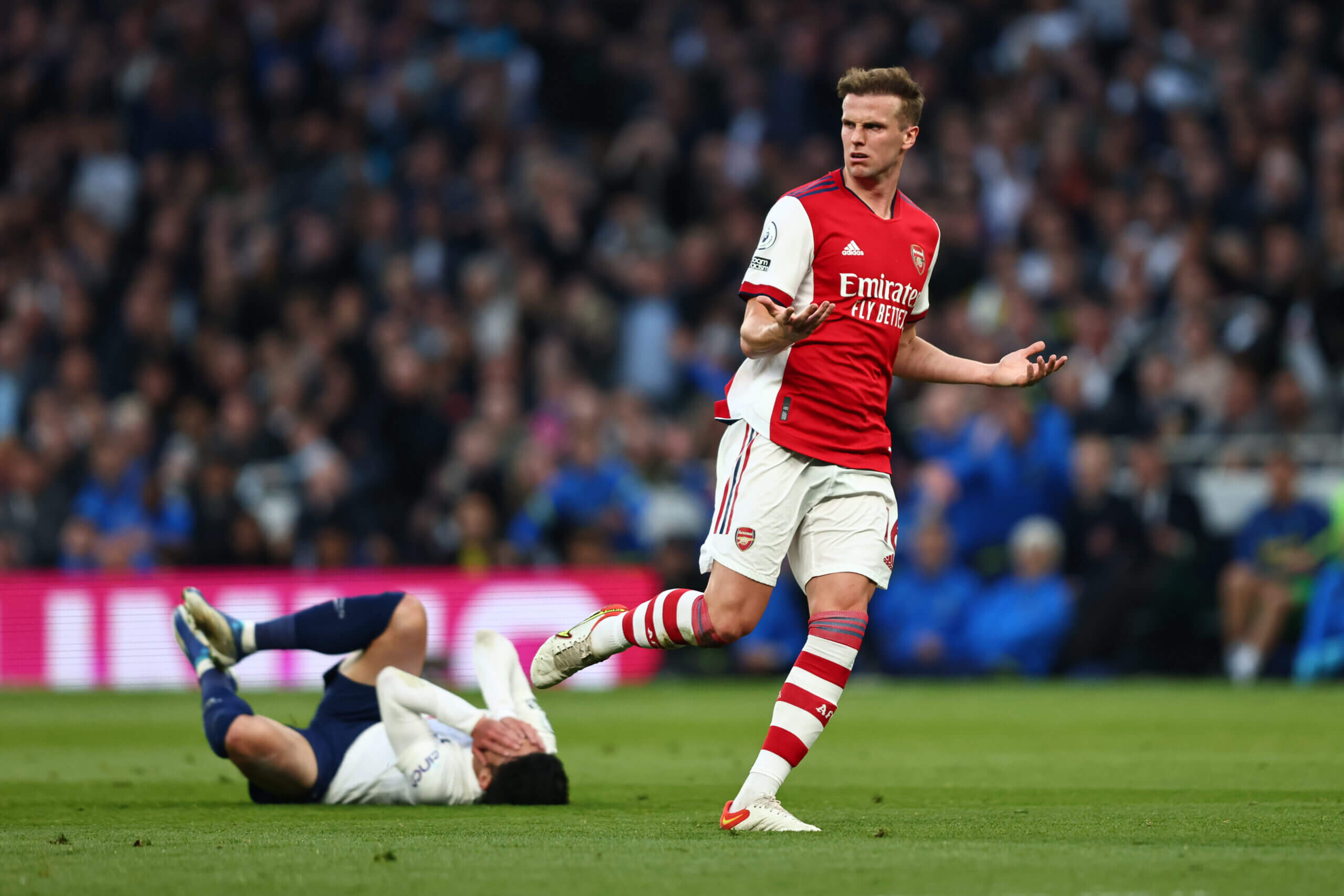 And this concerns the third major change to football, the temporary one made post-lockdown for the remainder of 2019-20 that will become permanent from next season — the use of five substitutes. One consequence is that managers might be bolder in using their changes to remove players in danger of collecting a second yellow card.

It’s not entirely uncommon for managers to make this move anyway — last season, Marcelo Bielsa of Leeds United removed Pascal Struijk just 21 minutes into an away game against Aston Villa after the midfielder had been booked and then got away with another clumsy challenge. But it was a gamble, and although Leeds went on to win 3-0, leaving yourself with just two substitutions remaining for 70 minutes is risky.

Using up one of your five substitutes isn’t such a big deal. The Holding vs Son battle was unfolding right in front of him, and if Arteta had four more changes in his pocket — and, granted, a fitter White — maybe he would have hooked Holding and 11-man Arsenal might have still been in the game .

Those are the three major changes to football in the last half-decade.

With no home advantage (from last season) or with five substitutes (from the next one), or with a different VAR system, the outcome yesterday might have been different.

As it is, the current circumstances created the best result for those who want a thrilling climax to the season.