It’s Friday the 13th, and I’ve got some potential profits stacking up for you that are so big it’s scary!

But before I get to that, I want to talk about something that 96% of the world already relies on that nobody really pays much attention to…

You might not realize it, but 96% of the world’s energy storage relies on water. Or more specifically, it relies on hydropower.

Structures like the Hoover Dam in the US (below) and the Three Gorges Dam in China (above) block the flow of rivers and trap billions of gallons of water in reservoirs behind them. 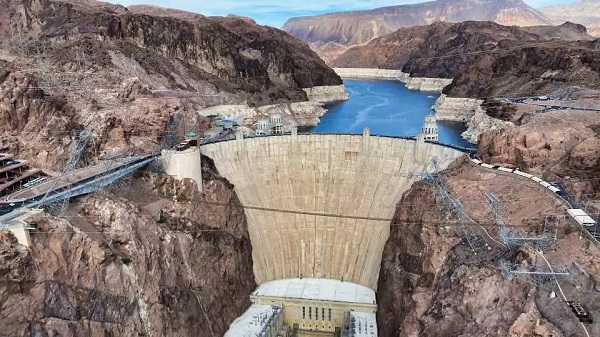 When electricity is needed, some of that water is allowed to flow through hydroelectric turbines and energy is created.

As of 2021, 1,363 hydroelectric energy storage projects were in operation globally and 11 more were under construction.

They’re literally all over the country here in the States. In all, 41 states have at least one hydroelectric energy storage project.

But you may have noticed I keep calling them “energy storage projects” and not “dams.” And you might be wondering why.

Stay on top of the hottest investment ideas before they hit Wall Street. Sign up for the Wealth Daily newsletter below. You’ll also get our free report, Five Recession-Proof Stocks for Every Portfolio

After getting your report, you’ll begin receiving the Wealth Daily e-Letter, delivered to your inbox daily.

No River, No Problem

That’s because hydroelectric energy storagee doesn’t always use dams the way we think of them.

In fact, you don’t even need a river. All you really need is a source of water and a height to drop it from.

So if you’re in the mountains, you can make a couple of storage ponds, fill the lower one with water, and then pump that water uphill to the higher one. 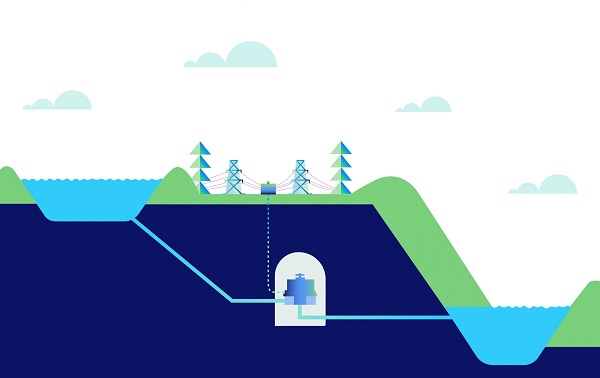 When you need energy, you release some of the water from the upper pound and let it flow through a turbine (like at a dam) to generate electricity.

Then, when you’re making more energy than you need, you reverse the flow and pump that water back up the hill.

It’s super easy. All it takes is water and gravity. But there’s one major problem with that equation…

There’s gravity everywhere on the planet. But there’s only liquid water in select regions.

Hydroelectric power doesn’t work too well when your water’s all frozen.

It’s also pretty useless in the desert where you don’t have much water to begin with and the intense heat would make any you brought in evaporated faster than you can say “120 degrees Fahrenheit.”

And it won’t help you that much if it’s flat all over the place (unless you’ve got a river you can dam up and a valley you can flood, that is).

So, yes, it’s great. But no, it’s not the ultimate energy storage method. It’s very close, though.

One more step in the right direction and we’ll finally have a reliable way to store enough energy to power our electric grid.

And that step just got taken…

You see, a small, unknown company’s been working on improving hydroelectric power storage to make it globally accessible.

And it’s finally achieved what everyone thought was impossible: It’s brought hydroelectric power to places where the water’s always frozen!

But even more impressive than that, it’s brought hydroelectric power to places WITHOUT any water at all!

Remember, the two criteria for functional hydroelectric energy storage are water and height. But you can actually break that down into even simpler terms.

I mean, the water is just a weight, and you’re moving it higher up so you can use gravity to let it flow back down.

That’s what the researchers and engineers at this company figured, at least. So they went to work figuring out how to get a weight other than water to “flow” downhill.

And the solution they came up with is so simple it’s genius!

Using nothing more than steel and concrete as the weights and regular old gravity, this company’s figured out how to store enough energy in the Arabian Desert to power as many as 4.5 MILLION homes!

It’s done the impossible and made the best energy storage system in history even better.

The Ride of a Lifetime

Up until today, 96% of the world’s energy storage was through hydroelectric power.

Now that this company’s bridged the gap and made hydro available to places without water, I expect that number to climb almost all the way to 100%!

The technology is field-tested and government-approved. And as it makes its way across the globe, it’s going to drive this company’s stock through the stratosphere.

That’s why I’m expecting early investors to reap massive rewards as this small company grows to become the new emperor of energy storage.

And that’s why I’m insisting you get invested TODAY.

just check out my presentation to get the full details and you’ll be all set to ride this wave of profits all the way to the bank.

After graduating Cum Laude in finance and economics, Jason designed and analyzed complex projects for the US Army. He made the jump to the private sector as an investment banking analyst at Morgan Stanley, where he eventually led his own team responsible for billions of dollars in daily trading. Jason left Wall Street to found his own investment office and now shares the strategies he used and the network he built with you. Jason is the founder of Main Street Venturesa pre-IPO investment newsletter, and co-authors The Wealth Advisory income stock newsletter. He also contributes regularly to Wealth Daily† To learn more about Jason, click here†

Sign up to receive the Wealth Daily newsletter – it’s absolutely free! In each issue, you’ll get our best investment research, designed to help you build a lifetime of wealth, minus the risk. Plus, by signing up, you’ll instantly receive our new report: Surviving the Coming Economic Collapse.

After getting your report, you’ll begin receiving the Wealth Daily e-Letter, delivered to your inbox daily.